How To Choose An Anxiety Treatment Therapist | The April Center, Los Angeles 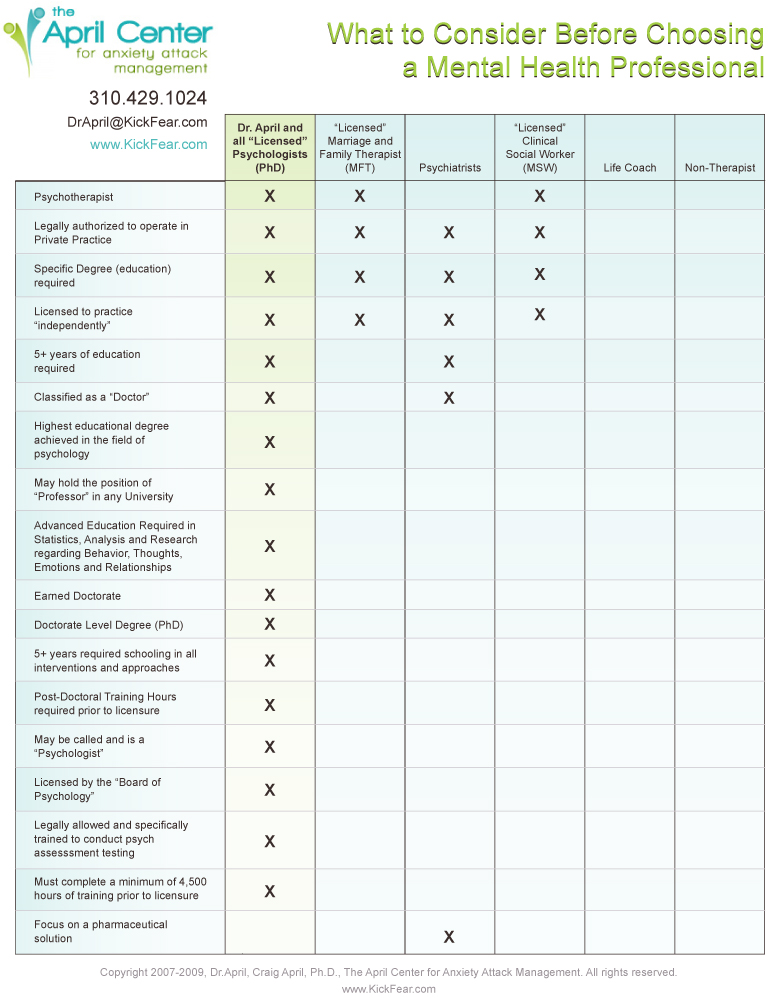 Receive tips on how to reduce your anxiety

Thanks Dr. April for guiding me to become a stronger person. I'm so much happier! I think any client is lucky to have you, as I was! Thanks again for all you do to change people's lives!

I had suffered from intense, debilitating anxiety and severe panic attacks for 8 months before I contacted Dr. Craig April. I had seen several specialists, invested in books and recorded programs and even completed an outpatient program, yet I was still suffering. I thought I would never be "normal" again. It was not until I met Dr. April that I finally realized I could overcome my fears. He presented everything in a compassionate, straight forward and understandable new way that really made sense and put me in control. From the first contact I had with him I knew that there was something different. He took time to speak with me at length on our first phone conversation and gave me hope that I could be well again.

After only one session with him I felt better and learned powerful techniques to take care of myself. After the second session I was confident enough to take two trips back East and handle my anxiety with no problem. Before meeting with Dr. April I could barely leave the house. Today I consider myself recovered and not only am I "normal" again but I am better and stronger than I was before the anxiety disorder. I continue to recommend Dr. April to anyone that needs help with anxiety or panic and feels that there is no hope. There is.

After 6 months of suffering with panic attacks, I called Dr. April. After just three sessions, I was able to manage my feelings of panic. Instead of spending countless hours browsing on the internet for help and making yourself more anxious, call a professional -- call Dr. April!